The Law Center uses high-impact legal strategies to improve the well-being and life prospects of the Philadelphia region’s most vulnerable populations by assuring that they have access to the resources and services that all of us need to lead our lives.

“Your years as a leading public interest law firm have brought effective assistance of the law to so many disadvantaged citizens…The Law Center, I know, will be found at the front of the struggle for which not only the residents of Philadelphia, but of the whole country, will continue in your debt.”
Supreme Court Justice William J. Brennan, Jr.

Founding & Early years
The Law Center opened its doors in 1969 as a local affiliate of the Lawyers’ Committee for Civil Rights Under Law, an organization established at the request of President John F. Kennedy during the Civil Rights Movement to address discrimination and violence against African Americans.

Led by Edwin D. (Ned) Wolf, the Law Center’s initial vision was to use law to combat institutional racism in all aspects of society, and many of our earliest cases were class actions brought against large institutions to stop race discrimination in housing, law enforcement, and employment policies and practices. Determined to fight segregation and unequal urban development in Philadelphia, the Law Center’s first case was a lawsuit against the U.S. Department of Housing and Urban Development that established that HUD must assess the disproportionate racial impact of its projects, and we fought to end banks’ redlining practices that caused disinvestment and blight in the city’s minority neighborhoods.

As the demand for civil rights lawyers became overwhelming, the original model of the Law Center created by the Lawyers’ Committee, relying on organizing pro bono attorneys from the private bar to provide advocacy and legal assistance, was no longer sufficient. At Ned’s urging, the leadership of the Philadelphia Bar Association incorporated the Law Center in 1974, establishing a full-time staff of attorneys dedicated to creating systemic change.

During this transition, the organization also expanded past its initial, narrower focus on racism, dedicating itself to “advanc[ing] the Constitutional promise of equal citizenship to all persons irrespective of race, ethnicity, national origin, disability, gender or poverty.”

In the 1970s, the Law Center became a leader in the disabilities rights movement when attorney Thomas K. Gihool brought the lawsuit Pennsylvania Association for Retarded Children (PARC) v. Commonwealth of Pennsylvania, which established for the first time the legal right of children with disabilities to an education.  According to a New York Times editorial  praising the ruling:

[The ruling] is humane and socially sound.  Whatever the cost of educating retarded children, the cost of setting them adrift without the means to lead useful lives is far higher.  It is also morally indefensible.  A court order alone, however, is not enough. The Pennsylvania ruling provides a new legal basis for eliminating a glaring neglect.

In 1975, the Court’s decree provided the impetus for the statute now known as the Individuals with Disabilities Education Act (IDEA).

At the same time, PARC, a Law Center client, was completing an investigation of the Pennhurst State School & Hospital, an institution for children with intellectual disabilities. Their investigation found life there to be “nasty, brutish and short.”  PARC turned to the Law Center, which challenged the conditions in a lawsuit that went to the Supreme Court on three occasions and eventually led to the closing of the institution.

With Pennhurst and later cases across the country — in Oklahoma, New Mexico, Illinois, Tennessee, Connecticut, Montana, and Delaware — the Law Center was at the forefront of the  movement to end the segregation of people with disabilities in state-run institutions in favor of providing community supports and services to allow those with disabilities to live and thrive as active members of their communities. Our efforts led to a drastic shift in the lives of people with disabilities, as the population of state institutions in Pennsylvania decreased from the tens of thousands in the 1960s to just over one thousand in 2008; nationally, the population of state-run institutions has decreased from over 200,000 to just over 40,000. In 2003, the Law Center, an authority on deinstitutionalization, researched and wrote “Olmstead: Reclaiming Institutional Lives,” on behalf of the National Council on Disabilities.

Throughout the 1970s and into the 80s, the Law Center led a powerful coalition of community organizations that focused public attention on egregious civil rights violations against minorities and people with disabilities that were then commonplace in the Philadelphia Police Department. The efforts of the Law Center and its allies led to real change in the Philadelphia Police Department, including the adoption of regulations governing the use of deadly force, new disciplinary and hiring policies, training on interacting with people with disabilities, and the creation of a civilian Police Advisory Board to monitor police practices. Civilian deaths and injuries dropped from 62 in 1977 to a total of 2 in 1984, and the Philadelphia Police Department to this day is a national leader in the hiring of minority and female officers. 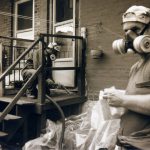 The Law Center’s mission continued to expand when attorney and activist Jerry Balter founded its environmental practice in 1979. Under Jerry’s guidance, the Law Center cleaned up or closed dozens of trash incinerators, sewage treatment plants, and industrial facilities. The Law Center also led major policy changes, securing the passage of the country’s first Community Right-to-Know law and forcing Pennsylvania to adopt an automobile emissions inspection program. Recognizing that environmental harms fall heavily on low-income and minority communities, the Law Center began developing partnerships with community groups in the late 1980s to fight the clustering of polluting facilities in their neighborhoods and brought two of the first lawsuits to use civil rights laws to challenge discriminatory environmental permitting practices in Camden and in Chester, establishing the Law Center as a leader in the burgeoning environmental justice movement.

The Law Center had emerged as a major force in the fight for civil rights in the arenas of disability rights, environmental justice, employment discrimination, police conduct, and civil rights in general. In 1984, at a celebration of the Law Center’s 15th anniversary, Senator Lowell Weicker offered this praise:

By constructing coalitions you have developed the necessary muscle to make the power that be listen.  And when your arguments have fallen on deaf ears, you have flexed that muscle in courts and Congresses on behalf of people of all ages, colors, and physical and mental conditions.

Building Opportunity: 1990s-2000s
While continuing its previous work, in the 1990s the Law Center began to focus increasingly on securing access for low-income children and children with disabilities to resources that most powerfully affected their life chances, such as education and health care. The Law Center intervened in the Philadelphia School District’s long-running desegregation lawsuit, securing concrete steps toward reducing the achievement and resource gaps. The Law Center also brought major cases challenging the basic adequacy of the state’s public school system under the state constitution and challenging the discriminatory effect of the state’s unequal public school funding in federal court. When the courts refused to consider the cases, the Law Center began to focus instead on advocacy and community mobilization, helping to win increased and more equitable funding under Governor Rendell along with other major reforms, including the start of full-day kindergarten and a decrease of class size in Philadelphia. 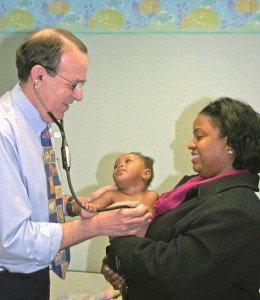 In the area of healthcare access, the Law Center also brought a series of class action lawsuits against state Medicaid officials for failing to ensure that low-income children have access to prompt, high-quality health care — a requirement of federal Medicaid law. The first health care access lawsuit, brought in Pennsylvania, ended in a settlement that added hundreds of thousands of children to the state’s Medicaid enrollment. The Law Center has since pursued similar lawsuits in Michigan, Oklahoma, and Florida.

Having helped win the right to an education for children with disabilities in the 1970s, the Law Center started to bring cases in the 1990s to ensure that the right to education was enforced meaningfully. In addition to high-impact cases like Oberti and Gaskin, which secured significant progress towards the meaningful inclusion of students with disabilities, we began to represent individual low-income and minority students with disabilities in administrative hearings under the Individuals with Disabilities Education Act (IDEA) and in federal appeals. Our cases have made a truly national impact, helping children and setting important precedent far beyond Pennsylvania, as we have taken cases in New Jersey, New York, Massachusetts, Missouri, Arkansas, West Virginia, and Virginia. In addition to helping build a body of positive case law throughout the country, our efforts have helped thousands of children and have established the Law Center as the national leader in special education law it remains today.

The Law Center Today
The Law Center’s work today builds on its long history of fighting for justice and equality when others could or would not. We use high-impact legal and advocacy tools – including community engagement, coalition building, negotiation, advocacy, and litigation – to secure meaningful, lasting change.

Following a strategic planning process in 2010, we refocused our efforts to maximize our ability to create systemic change to benefit impoverished communities, people with disabilities, racial minorities, ex-offenders, and other marginalized groups. To that end, we decided on six project areas, each dedicated to securing access to a basic resource needed to escape poverty and live the Constitution’s promise of truly equal citizenship.