Mimi McKenzie joined the Law Center in January 2017 as the first Legal Director. Ms. McKenzie oversees all of the Law Center’s legal work. Ms. McKenzie has also taken a leading role in litigation relating to voting, including our successful lawsuit to end gerrymandering in Pennsylvania and our recent work concerning gun violence in Philadelphia.

Ms. McKenzie began her law career at Dechert LLP where she practiced civil litigation in a variety of areas including securities, commercial, first amendment, and employment. She also worked as an in-house Counsel for Verizon. Immediately preceding her position at the Law Center, Ms. McKenzie was a Lecturer at the University of Pennsylvania Law School and also worked as an independent legal consultant. 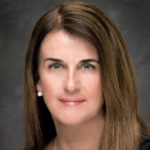